There have been several recent news articles that suggest facial expressions of emotion are not universal.

In a past blog, Dr. Matsumoto sites his retort to a study entitled Cultural Confusions Show Facial Expressions Are Not Universal where researcher Rachael Jack and her colleagues challenged 100s of studies documenting the universality of facial expressions.

The conclusions of this article are highly flawed for many reasons and below he outlines a few of them.

1. The fact of the matter is that a close inspection of the findings indicates that the raw data in the study supports the universal recognition of emotion (i.e., significantly higher rates of agreement than chance for each and every emotion, for both ethnic groups). That this is the empirical criterion that could and should be used as a basis to draw conclusions about universality has been discussed and debated years ago (Ekman, 1994; Ekman, O’Sullivan, & Matsumoto, 1991a, 1991b).

3. As argued then, cultural differences in absolute agreement rates cannot and do not argue against universality. Universality in expression recognition is demonstrated by the fact that observers in all cultures studied agreed on what emotion is portrayed at above chance levels. This is exactly what they found, replicating the same findings for years. Cultural differences in the absolute levels of that agreement can occur for many reasons, including cultural rules about how to decode universal facial expressions. And it has been well known in the field for years that universality and culture-specific in emotion recognition coexist (Mesquita & Frijda, 1992). Arguing for their mutual exclusivity is a strategy long since abandoned by those who know the literature well.

4. Moreover, the confusions these authors report – that disgust was confused with anger, and fear with surprise – are confusions that occur all around the world. They are not specific to East Asian cultures, and are a published finding from over 20 years ago (Ekman et al., 1987; Matsumoto & Ekman, 1989). That they occur in all judge cultures tested to date says something more about those emotions than they do about cultural differences.

6. Moreover, the East Asian – US American differences in scanning procedures of scenes, objects, and faces is a well established finding for years and is not novel. The differences in eye contact show a typical Asian response, that is, focusing in the eyes/nose bridge area rather than the whole face. The person identification literature has shown for years that Caucasians differ from African Americans and Asian Americans in terms of how much time they spend looking at different parts of the face to see if they recognize someone (Caucasians more of the face including hairline and hair; Africans and Asians in that eyes-nose bridge area). Thus what the authors report in this article is not specific to viewing facial expressions of emotion (and as mentioned above, cannot thus explain emotion specific differences in judgments).

7. The sample size for the East Asian sample was 13 (12 Chinese, 1 Japanese). Such a small number could not possibly tell us anything vis-à-vis the overwhelming evidence for universality in the production of facial expressions of emotion, including over 74 studies published in peer reviewed journals conducted by multiple investigators in multiple countries (Matsumoto, Keltner, Shiota, Frank, & O’Sullivan, 2008); studies of congenitally blind individuals (Matsumoto & Willingham, 2009; Peleg et al., 2006); studies demonstrating linkage between facial expressions of emotion and physiological responses across cultures (Ekman, Levenson, & Friesen, 1983; Levenson, Ekman, & Friesen, 1990; Levenson, Ekman, Heider, & Friesen, 1992); and studies of nonhuman primates (Bard, 2003; de Waal, 2003). There is also well over 100 studies documenting the universality in recognition of facial expressions (Elfenbein & Ambady, 2002; Matsumoto, 2001).

8. Finally, the East Asian subjects in their study were actually immigrants in the United Kingdom, and it is not known what kind of self-selection, language proficiency, or acculturation biases may have been exerted in the data.

There is nothing wrong with the data presented in the article in question, but the conclusions drawn from the data are entirely incorrect and not empirically justified. In my opinion, the conclusions border on sensationalism in relation to a very modest study.

I was aided in the preparation of this commentary by my colleagues Dr. Mark Frank and Dr. Jeff LeRoux 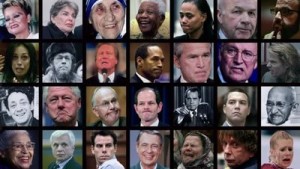