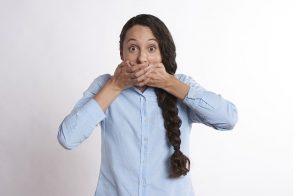 It seems intuitive that lying gets easier the more we do it, but that may actually be supported at the neurological level!

New research found that, when we lie frequently, our brain begins to adapt to the practice of deception, to the point that we no longer feel the emotional stress that normally comes with lying. These results are important both for informing on how we practice deception but also for shedding light on the ways in which our brains adapt to patterns of, perhaps immoral, behavior.

Typically, when we tell a lie, our brain’s amygdala produces a negative emotional state, essentially making us feel stressed or uncomfortable during the process. However, a new study in Nature Neuroscience contends that, the more people lie, the less their brain produces negative stimuli.

In this study, participants were given images of glass jars filled with pennies. They were asked to report the number of pennies but were often incentivized to exaggerate the amount. While they often told the truth, they often engaged in deception when given self-interested reasons to do so.

Over the course of repeated deceptions, the researchers tracked each participants’ amygdala’s functioning, finding that they became less intensely activated each time. This even remained the case when the magnitude of the lie increased.

This last point is especially troubling, as it suggests that minor lies can escalate into major acts of deception the more accustomed to them we become. Study author Dr. Tali Sharot emphasized this point saying, “[the amygdala] response fades as we continue to lie, and the more it falls the bigger our lies become. This may lead to a ‘slippery slope’ where small acts of dishonesty escalate into more significant lies.”

In fact, the study also found that, not only did people begin to feel better about lying the more they did it, but they also became more likely to do so.

While this experiment demonstrates how our brains react to deception, it may also reflect broader trends in our ability to adapt emotionally to other actions. The lead author, Dr. Neil Garrett, alluded to the possibility of these results being replicated during troublesome behaviors besides lying.

Dr. Garrett remarked “We only tested dishonesty in this experiment, but the same principle may also apply to escalations in other actions such as risk taking or violent behavior.”

What do the results of this study mean for efforts to detect deception? In fact, it bolsters many of the challenges with lie detection, namely that habitual liars can be incredibly good at it. Not only do they learn how to lie, but their brain actually adapts to the practice!

Check out some helpful tips here and here.